The townland of Kilcredan has officially been a centre of education since 1826. This is known from the 1826 report of the commissioners of Irish education enquiry, which states that Kilcreddin has two schools, one with 40 boys and 22 girls and second having 22 girls. There were still two schools in Kilcredan in 1835. However the 1853 Report of Commissioners of National Education state that there was one school in Kilcreddon. The Ordanance survey map of 1842 gave the location of Kilcreddon School as being to the south of the entrance to Mary Leahy’s farm.

This school was replaced by Kilcredan National School in 1887. This was a large two roomed building , built from limestone obtained locally .The late Luke Beausang wrote a wonderful article “ fond (and not so fond) Memories of Kilcredan National School 1942-1950 “, in the book of local history , Our schools and scholars published by Ballymacoda , Ladysbridge Community Council Ltd. 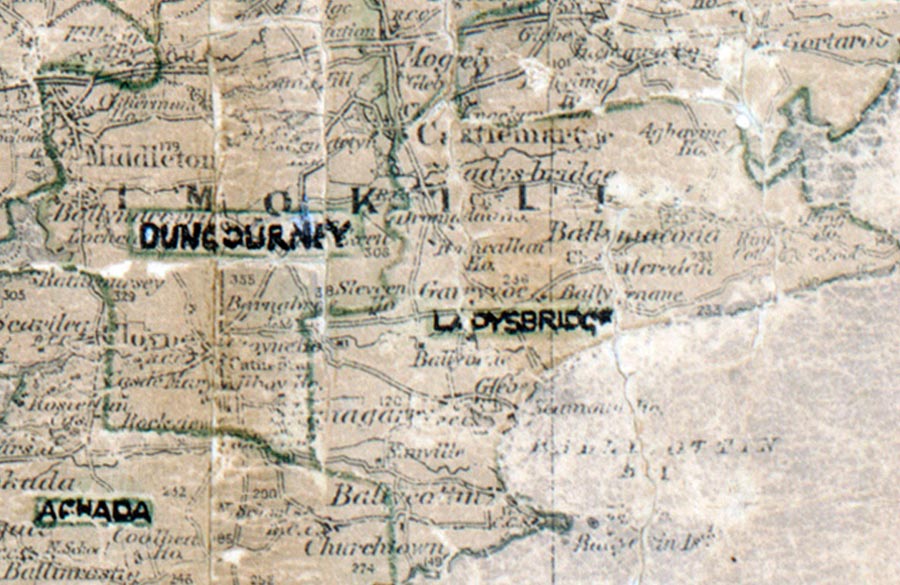 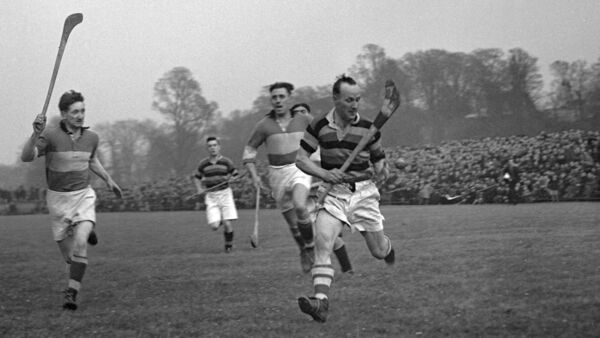 In this article he described the most popular games at the time as being hurling, rounders and hunter (which is similar to what we now call catch). He also describes the annual school sports which was a big event in the parish. School tours were introduced in the late 1940’s. One destination was a tour of Cork city. In those days members of the local community would also accompany the children on the school tour.

Children walked to school and most children received all their formal education in Primary school leaving school at fourteen years of age. For those who progressed to second level education it involved attending boarding school or alternatively cycling to the secondary schools in Youghal or Midleton.

From the late 1800’s to the 1960’s the parish of Ballymacoda/ Ladysbridge had three schools. One was in Kilcredan, a second in Ladysbridge village and the third in Kilmacdonagh which is approximately two miles east of Ballymacoda village on the coast road.

Towards the end of the 1960’s the Department of Education introduced a new policy where it encouraged smaller schools to amalgamate. The incentive was that a new school would be built and children who lived more than two miles from the new school would be transported free of charge by bus to the new school provided that one of the closed schools was their nearest school.

The parish priest Fr Tom Gallagher RIP thought that as both Kilmacdonagh and Kilcredan old schools were in need of refurbishment it would make sense to build a new school and amalgamate both schools. He sourced the site of the current school and put his proposal to the local community. 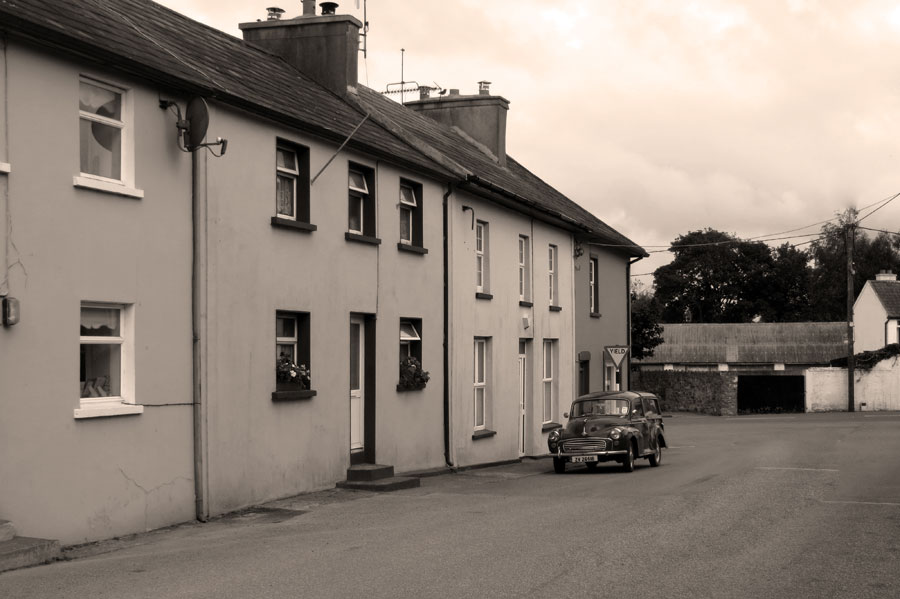 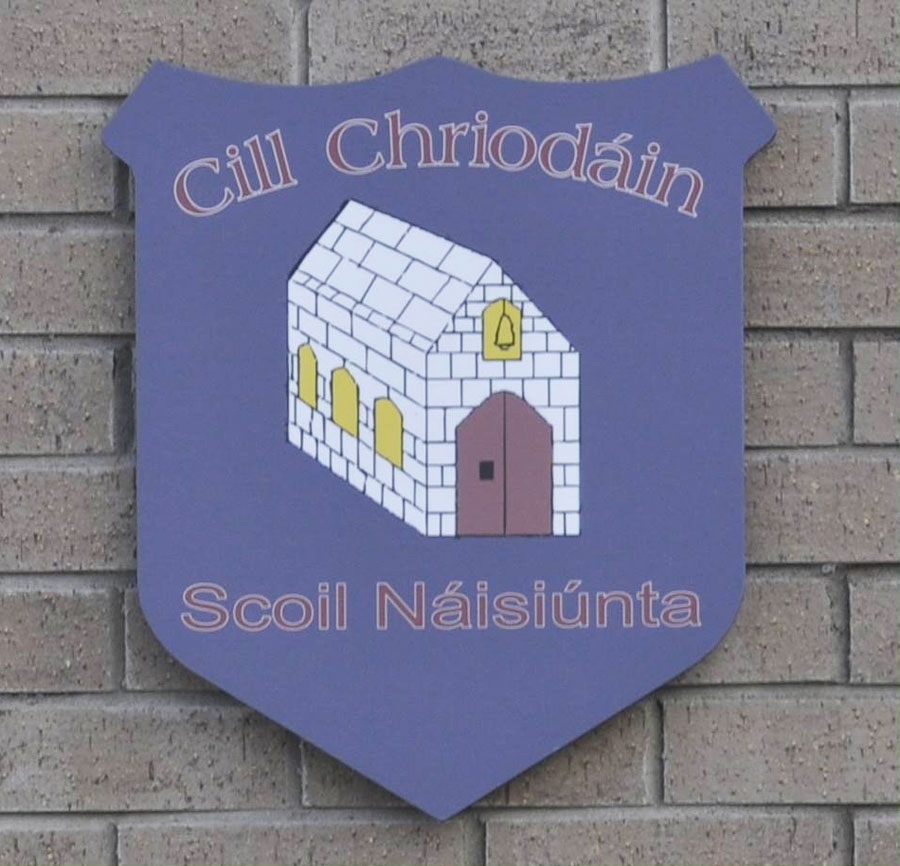 Parents felt that the new school should be in the village of Ballymacoda. This would ensure access to the church if practicing for Holy Communion and Confirmation and also it would be near the shops of which there were four at that time.

Fr Gallagher stuck with his original plan and also decided to include the children from Ladysbridge in the amalgamation ensuring that all the children of the parish would be educated together.

The current school opened in May 1972. The new school had seven classrooms, six teachers and over 200 pupils. Children were delighted to have toilets within the school building, central heating and a large play area. The trip on one of the three school buses, was for many, the highlight of the day.

Over the next few years the school continued to grow and develop. In 1985 a new shelter was built at the front of the school. This was built using voluntary labour from members of the local community and provided shelter on wet mornings, a place to play at lunchtime and even on some occasions a meeting room.

At the turn of the century numbers began to increase due in no small way to the increase in housing developments in both Ladysbridge and Ballymacoda. Prefabricated classrooms provided a short term response to the lack of accommodation.

Plans were drawn up in 1999 to build two extra classrooms. But it soon became obvious that in order to do so we needed to purchase additional land. In 2006 the board of Management undertook a major project to fundraise for the purchase of additional land. 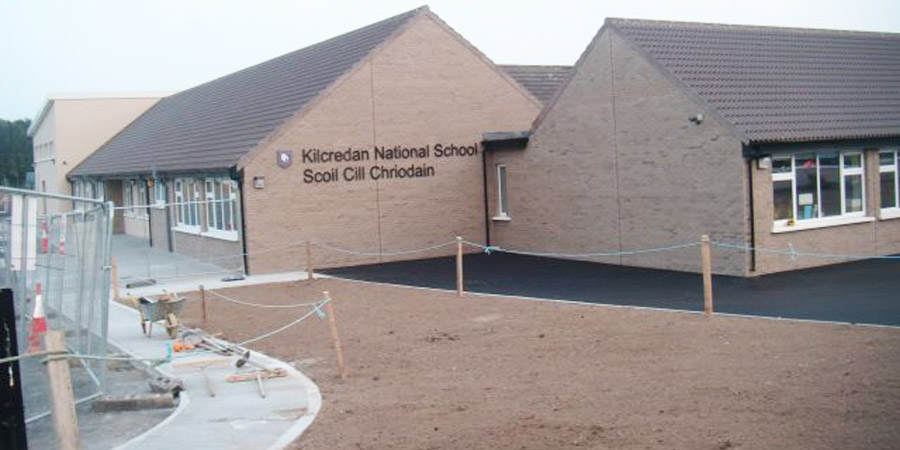 A major draw was initiated , tickets cost €20 each and over one hundred volunteers working in teams of ten spent the months of September , October , November and December travelling the high ways and byways of East Cork and West Waterford selling the tickets. The response was phenomenal, the dedication of the volunteers, the support of the public and the overwhelming desire to improve the facilities for the pupils of Kilcredan School meant that over 8,500 tickets were sold. This was supplemented with a weekly church envelope collection that raised €70,000 in two years.

The board of management purchased a one acre site and developed a temporary car park and had a boundary wall erected around the perimeter of the site.

The building programme faced many setbacks but eventually in February 2014 construction began on a major extension, which included six mainstream classrooms, two SEN rooms, a staff room, two admin offices, a 200sq metre GP hall plus a complete refurbishment of the existing building. This extension was officially opened on December 8th 2014.

In 2019 a decision was taken to purchase an additional 0.75 acres of land on the south eastern boundary of the site. Groundwork and fencing of the site was undertaken in the summer of 2020. This was financed through the remains of the church collection from 2006.

As we face into the 2021/22 school year we are almost at full capacity in the school. We will have twelve mainstream classes in September. 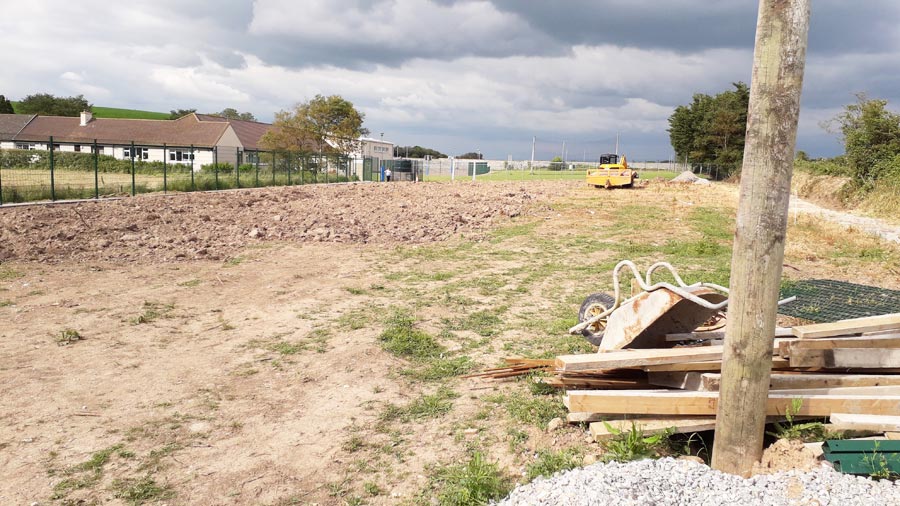 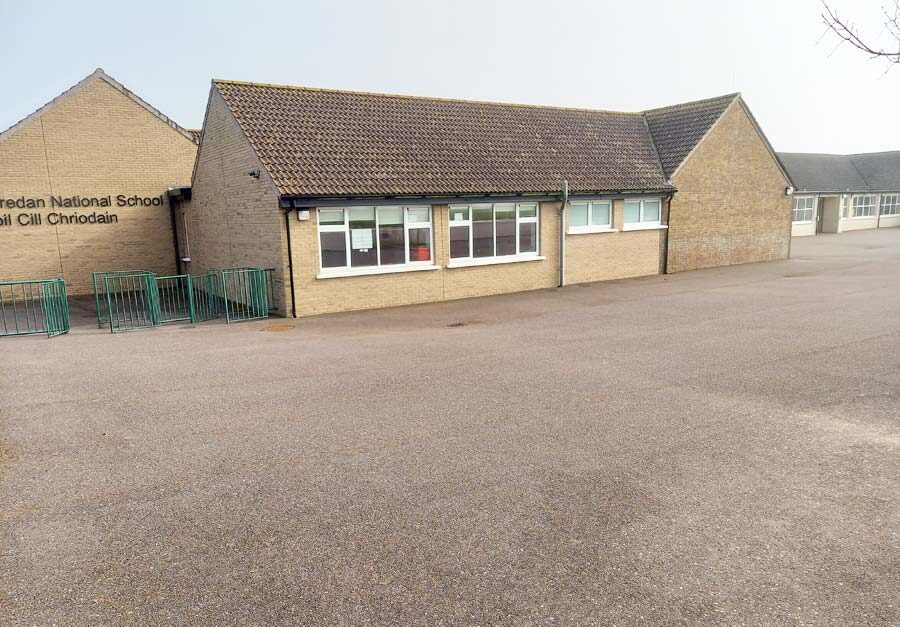 We will have twelve mainstream classes in September. In addition the school received permission in February 2021 to open a special class for children with a diagnosis of Autism. This will mean that once again we will have to revert to prefabs but on this occasion we hope it will be only for a short time.

The next stage will see the building of a new purpose built SEN base which will have accommodation for two special classes, a mainstream classroom and a sensory room.

Our hope for the future is that with the help and support of the local community and the Department of Education, Kilcredan will continue to provide a supportive and inclusive education for the young people of our community for many generations to come.

United we stand , divided we fall.

Page load link
We use cookies on our website to give you the most relevant experience by remembering your preferences and repeat visits. By clicking “Accept”, you consent to the use of ALL the cookies.
Cookie SettingsAccept
Manage consent

This website uses cookies to improve your experience while you navigate through the website. Out of these, the cookies that are categorized as necessary are stored on your browser as they are essential for the working of basic functionalities of the website. We also use third-party cookies that help us analyze and understand how you use this website. These cookies will be stored in your browser only with your consent. You also have the option to opt-out of these cookies. But opting out of some of these cookies may affect your browsing experience.
Necessary Always Enabled
Necessary cookies are absolutely essential for the website to function properly. These cookies ensure basic functionalities and security features of the website, anonymously.
Functional
Functional cookies help to perform certain functionalities like sharing the content of the website on social media platforms, collect feedbacks, and other third-party features.
Performance
Performance cookies are used to understand and analyze the key performance indexes of the website which helps in delivering a better user experience for the visitors.
Analytics
Analytical cookies are used to understand how visitors interact with the website. These cookies help provide information on metrics the number of visitors, bounce rate, traffic source, etc.
Advertisement
Advertisement cookies are used to provide visitors with relevant ads and marketing campaigns. These cookies track visitors across websites and collect information to provide customized ads.
Others
Other uncategorized cookies are those that are being analyzed and have not been classified into a category as yet.
SAVE & ACCEPT
Translate »
Go to Top